Touch screen technology is not only used in smartphones or mobile devices, it’s also used in large machines.

There are 2 main types of touchscreen used in most devices today: Capacitive and Resistive touch screen. 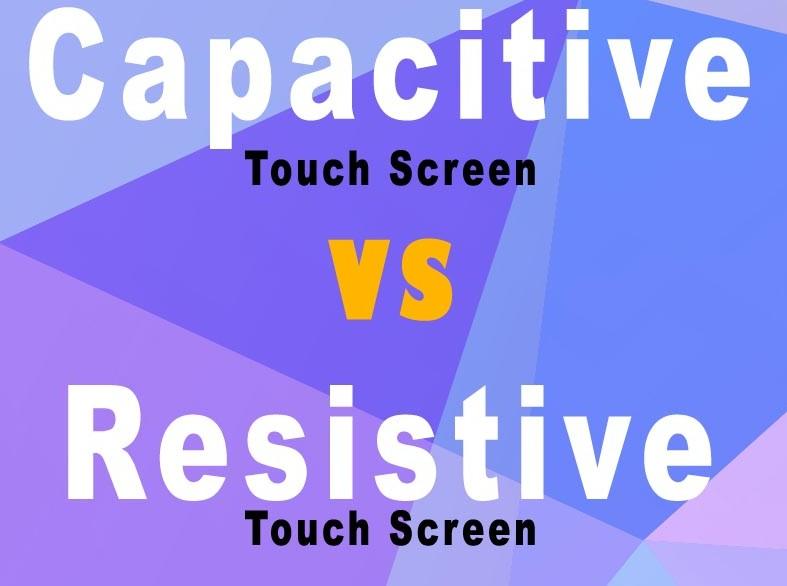 We are going to compare these 2 types of touchscreen technology in the following areas.

One notable distinction between resistive and capacitive touchscreen systems is their input mode.

On one hand, users with capacitive touch screen gadgets are limited to using only direct touch as input.

On the other hand, resistive devices allow users to interact with them through several kinds of touch inputs, including gloves, a stylus, and more.

However, capacitive devices require direct touch to recognize the user’s touch as a command, as their operation relies on sensing the electrical charge the user gives.

The Cost of Production

Which is cheaper resistive and capacitive touch screens?

This may be because resistive touch panel has been in existence for a long time, better developed and used, hence the low price in production.

You should note that the actual price that is being charged to customers has gone up as a direct result of the increased production expenses.

For this precise reason, it’s probably best to go with a resistive model if you’re looking for a touchscreen device that’s on the less expensive end of the spectrum.

Capacitive touchscreen devices offer multi-touch controls, however, their functionality depends on a direct touch of the screen.

On the other hand, resistive devices only support a single touch, therefore this stands in stark contrast to them.

The utilization of multi-touch support enables greater adaptability in terms of control, making it the appropriate solution for several industrial and commercial applications.

Note that the resistive touchscreen devices do not guarantee that they are resistant to water, though (unless it is explicitly indicated in the specifications.)

However, under wet and humid situations, you may expect a resistive gadget to last for a longer period when compared to a capacitive device in terms of its durability.

One of the most important aspects of every smart device with a touchscreen feature is touch sensitivity.

Do you now wonder which is more responsive between the capacitive and resistive touch panels?

When it comes to most resistive screens, the user needs to apply pressure to make contact with the layers of the screen.

This is one of the disadvantages of resistive touch screen panels and devices.

However, you can use your fingers (even with the use of gloves) on the resistive panel. This also extends to the use of nails and a stylus.

This is considered an advantage of a resistive touchscreen over a capacitive.

In most smartphones, GPS, Digital cameras, PC, Printers, automation devices, and other large smart devices, the resistive touch screen is used for easy and flexible use.

In this case, the usage of gloves, nails, and inanimate objects can’t be used but the capacitive touch panel is quicker in response to touch and time.

Resistive screens don’t usually get all messed up or dirty at times. This is because they are navigated and operated with the use of a stylus or nail, which makes it leave no traces of physical touch as well as fingerprints, grease, and even bacteria.

Despite this, the screen should be cleaned by the user regularly to maintain a neat look.

Captive screens are prone to get dirty since it gets frequently touched with our entire fingertips while operating.

Nevertheless, the good news is that the outer layer of the glass is very easy to clean.

In order to engage new customers and keep hold of existing ones, telecom companies employ the Class 4 or Class 5 Softswitch solution. The solutions have been designed to overcome the key challenges that most telecom operators face these days. The class 4 Software switch is an ideal solution for companies to run wholesale VoIP […]

What is Eye-tracking Technology? Eye-tracking is the process of monitoring eye movements or the actual detection of an eye movement or the eyeball position relative to the head while performing a specific task. Eye-tracking has been around for decades but the eye-tracking technology, which is also called Tobii is pioneered by three Swedish entrepreneurs – […]