Clothing is now considered technology, that is how technology is changing the fashion industry now.

Technological advancement in the clothing industry has made it possible to manufacture clothes that can control heat, monitor temperature and adjust, change in size, texture, and color.

The clothes of the future will now be waterproof, breathable, control radiation,  muscle vibrations, etc. the possibilities of technology in cloth is endless.

What is the Future of Smart Clothing?

Wearables are intelligent clothing that brings technology closer to people, and there’s no how we would talk about how technology has influenced the design of cloth without discussing wearables. 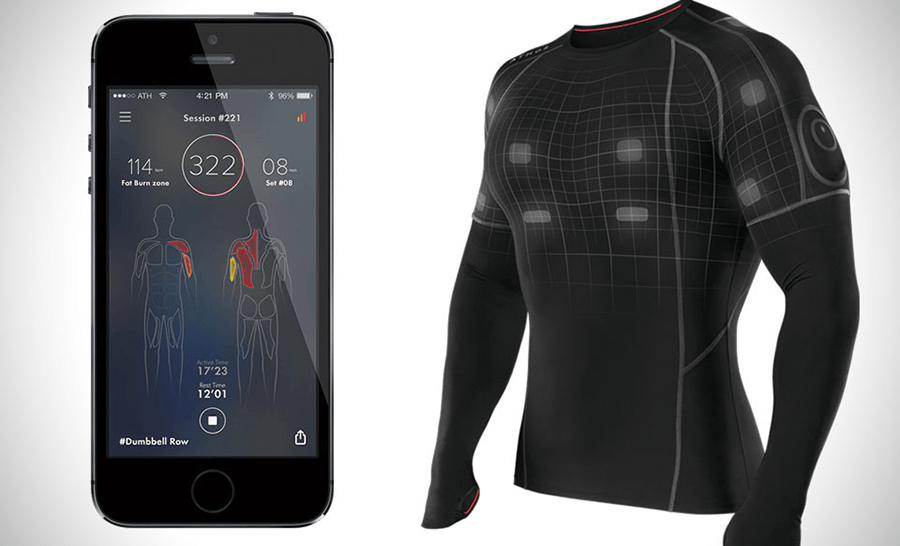 What are wearables or wearable technology?

The term “wearables” or wearable technology refers to the small electronic device that humans can wear on their body directly, on their clothes as accessories.

How Technology affects the Textile industry

Heatable clothing equipped with LED lights can be designed for the cold and dark seasons.

Also, smart clothing can be an asset, especially for people with disabilities and seniors.

For example, a smart sock has been developed, and it can send an automatic message to a selected smartphone that records the rolling behavior while running for mobile gait analysis.

A self-lacing shoe was developed further. When a command is given via the corresponding smartphone app, the shoe closes by itself.

Adidas has also already launched a wearable on the market. With the “Adizero” soccer shoe, the wearer can record all movements such as ball shots and sprints using a smartphone app.

In the sport and fitness area, in particular, intelligent clothing is increasingly being researched and developed. For example, sensors can record muscle activities during training and analyze which muscle is currently being particularly trained.

Despite the technology incorporated into it, the clothes remain washable and flexible.

The clothing company Levis and Google are currently working together on items of clothing that can be used to send messages and make phone calls in the future.

In the field of “rescue and surveillance“, built–in sensors in clothes can sound an alarm as soon as a child stops breathing.

For rehab patients and the elderly, research is being carried out on a T–shirt that measures the wearer’s pulse during the night, sends the data to a special app in the smartphone and, in an emergency, even gives an alarm if, for example, there is an acute risk of a heart attack.

The American fashion giant Ralph Lauren, on the other hand, starts with an intelligent shirt that records the wearer’s breathing and heart rate and sends the data directly to their own smartphone.

The calorie consumption can also be checked with the wearable without any problems. These and many other features are possibilities of technology in the textile industry.

There are now more predictions of what clothes will be like in the future, certainly, the clothing industry in the future will shift from just clothing design and style to the productivity, efficiency, and health of the users.

Do you need to worry about E-Clothing?

There are different ways electronic clothing can help increase productivity, performance and improve health but some research directions on the smart textile are now questionable.

The vibration of the smart devices on the clothes or the color changes can cause a lot of distractions to us, irritate our skin, and cause people can even be allergic to smart clothes.

Another area of concern about wearable clothing is privacy. Built-in sensors in the clothes are active at all times and record the respective data of the wearer.

There is a lot of sensitive information that is stored in these devices, processed and transferred, and therefore has to be protected accordingly.

Some health insurance companies are already showing great interest in the data collected with these devices and can be marketed to them to target their potential clients.

These and many others are the negative effects of wearable technology, nobody would like to be monitored using sensors, especially when data is not private.

What is Eye-tracking Technology? Eye-tracking is the process of monitoring eye movements or the actual detection of an eye movement or the eyeball position relative to the head while performing a specific task. Eye-tracking has been around for decades but the eye-tracking technology, which is also called Tobii is pioneered by three Swedish entrepreneurs – […]

The development of technology has given people the ease to send text messages while traveling by using their smartphones. This is one of the latest advantages of text by thinking technology. Problems of Text communication It was a difficult thing to do in the past as it took a lot of time and effort to […]

What is Data Mining? Data mining can be defined as the process of discovering potentially useful trends from large data sets. It is the process of using your computer’s processing power in order to find certain information from your hard drive and then using this information to make the most of your Hadoop installation. It’s […]