What is metal 3D printing?

3D printing is the use of laser-based manufacturing techniques to produce new products with powdered metals.

Metal 3D printing is now popular in many verticals of manufacturing such as aerospace, automotive, and machines used in medical science.

It is more preferred because it allows complex metal parts to be printed at a relatively low price compared to traditional metalworking manufacturing techniques such as machining, milling, or vacuum casting.

With the various 3D metal printers on the market now, there are more achievements in 3D printing.

In the aerospace industry, it can be used to produce aircraft components or rocket engines.

In the automotive industry, there are molds for the mass injection of thousands of components which can be produced.

Also in medicine, it is a matter of measuring implants, especially in the dental field.

Metal additive manufacturing can even be used in the marine sector to construct boat propellers. 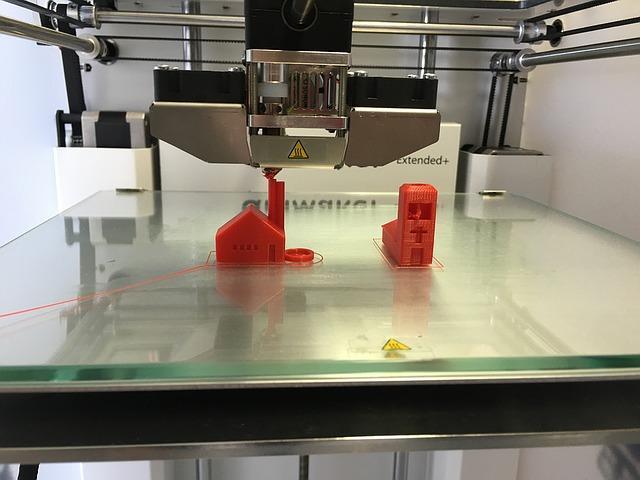 There are now different processes for 3D printing with metal, more than what we have in the inception of this technology.

These processes enable a manufacturer to produce the specific parts that are needed to be printed.

The powder bed-based melting process, which was first introduced in the 1970s, is subject to a relatively simple principle – an energy source that sinters or melts a metal powder to make the finished product, layer by layer.

The best–known technology based on this principle is undoubtedly Direct Metal Laser Sintering (DMLS), which was patented by ERD and EOS in the 1990s.

We can differentiate between the method developed by the Irepa laser and the Direct Additive Laser Construction (CLAD).

See also  How to Prepare your Car for Spring

The powdered metal is projected from the nozzle and fused at its outlet via a laser beam to form a kind of welding bead.

In another dimension from the powder bed–based melting, this method can be used to print directly onto a part.

In the 1990s, CIRTES developed a new hybrid method, the so–called Stratoconception, which combines additive processing and additive manufacturing.

Cold spraying is another process also known as the cold cutting process.

The aim is to connect the metal powders by projecting them cold onto a carrier. The projection is ensured with helium.

It is a 3D metal printing process that is used rarely today compared to others because the gas that’s used is relatively expensive.

Some manufacturers have developed their own patented technologies that stand out from the large providers already mentioned.

We think of the magnetic metal handling by magnetism developed by Vader Systems or of the technology of metal injection molding, inspired by the French Pollen AM.

Metals that are used in additive manufacturing

In additive manufacturing, one of the most common metals we find useful is aluminum, mostly in the form of an alloy that offers both lightness and strength.

It is mainly used for parts where weight is important, such as in aerospace and automobiles.

Steel is also a popular material, especially in industry. It has good mechanical properties and a beautiful surface.

It is the most common material used in metal additive manufacturing.

Precious metals are mainly used in jewelry. Despite the high cost, we find gold, silver, and bronze very useful in making all kinds of jewelry.

Since the introduction of windows way back in the tech dark ages of 1985, Microsoft’s Windows operating system has gone on to become the world’s most popular platform. Do you now need to secure Windows PC? With more than a 76 percent market share, according to Statista, it’s safe to say that Windows PCs are […]

How to put Failure into proper perspective (part 1)

How to get Free Internet in Hamburg – Germany

How to Prepare your Car for Spring

How Rapid Prototyping works and Advantages

Posted on March 15, 2021February 25, 2021 Author chaktty01
We use cookies on our website to give you the most relevant experience by remembering your preferences and repeat visits. By clicking “Accept All”, you consent to the use of ALL the cookies. However, you may visit "Cookie Settings" to provide a controlled consent.
Cookie SettingsAccept All
Manage consent

This website uses cookies to improve your experience while you navigate through the website. Out of these, the cookies that are categorized as necessary are stored on your browser as they are essential for the working of basic functionalities of the website. We also use third-party cookies that help us analyze and understand how you use this website. These cookies will be stored in your browser only with your consent. You also have the option to opt-out of these cookies. But opting out of some of these cookies may affect your browsing experience.
Necessary Always Enabled

Any cookies that may not be particularly necessary for the website to function and is used specifically to collect user personal data via analytics, ads, other embedded contents are termed as non-necessary cookies. It is mandatory to procure user consent prior to running these cookies on your website.