Since the introduction of windows way back in the tech dark ages of 1985, Microsoft’s Windows operating system has gone on to become the world’s most popular platform.

Do you now need to secure Windows PC? With more than a 76 percent market share, according to Statista, it’s safe to say that Windows PCs are popular, in fact, there’s a fair chance you’re reading this on a Windows computer right now!

There are many advantages of using Windows computers, not least the lower price point than a Mac, for example. But there are also a few issues with this Os, such as cybersecurity issues.

Did you know that there are around 350,000 new malware programs released every day and that the majority of these are designed to target Windows PCs?

Windows is also the most hacked operating system (OS) in the world.

From Trojans to worms and everything in between, your Windows PC faces quite a number of threats and protecting it is important.

How to Secure Windows PCs

An infected PC can result in identity theft, financial loss, and other forms of attack.

Here we detail several ways to boost your Windows PC’s security profile, including both in-built Windows tools and additional software.

Updates exist for essential security reasons, not just so that you can enjoy that latest fun widget.

Software manufacturers like Microsoft release updates to patch any known vulnerabilities, bugs, and issues. So it makes sense to install updates as soon as they are available.

If you’re on Windows 10, which is designed to update automatically, you probably don’t have to do much.

However, if you’re having an older version of the OS software on your computer, you should check the updated version and install it if it’s available.

If you’re using the new Windows Creators update, you have a fun security feature that you might not know about yet.

Dynamic Lock will lock your laptop whenever you take away your phone that its Bluetooth has already been paired with the laptop.

This is incredibly handy if you are the kind of person who often works in cyber cafes or often forgets to lock your PC when you go out to surf the internet in a public place.

To make Dynamic Lock work, you need to pair your mobile phone to the computer via Bluetooth.

See also  How to Find Best Deals on Car Tires?

Et voila! Your laptop will automatically lock itself when you and your smartphone move away from the laptop.

Of course, this tip will not stop digital threats, but it can certainly keep your information safe if your computer is stolen or otherwise falls into the wrong hands.

While Virtual Private Networks (aka VPNs) are primarily thought of as online privacy tools, their very nature also gives them some serious cybersecurity creds.

When you use a VPN for your PC, your online connection is hidden from view on a private browsing network. And in the process, all of your online traffic and data transmissions are encrypted.

Any would-be attackers cannot see your internet activity, nor can they decipher any of the information you’re sharing if they could see you.

As you can imagine, VPNs are particularly useful when you’re using your PC on an open WiFi network, such as free city WiFi.

While free VPNs may seem tempting, it is much better to choose a high-quality paid subscription. Remember, if it’s free, you are the product! 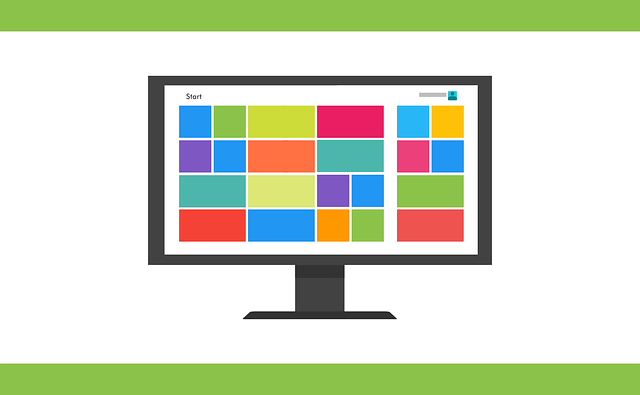 Use Antivirus and Antimalware Software

Once upon a time, a solid antivirus program was all the protection a Windows PC needed, but both viruses and malware programs are becoming more sophisticated.

Now, your PC needs modern protection levels to cope with modern threat levels. And that involves using both antivirus and antimalware programs.

You need both because traditional antiviruses are excellent at catching known threats while antimalware programs are better at detecting and removing newer threats.

Your Windows PC comes with a few tricks up its sleeve when it comes to better security.

Some of these you’re probably already using (whether you know it or not) and some of these may be new to you. Enable the following in-built security features:

Many Windows-based threats piggyback into your device courtesy of the applications and extensions you download.

So it only makes sense to only download trusted apps, verify the publisher of those apps, and double-check that the app has good reviews before you invite it into your system.

That concludes our round-up of the best ways to protect your Windows PC in 2021. Follow the steps above to secure your device and your sensitive data.

The concept of an electric car is not new again, it’s already in the market. It’s quiet, emission-free, more comfortable, and saves energy. The batteries of electric cars are a bit expensive, thus, making fuelless cars not affordable for everyone. While electric vehicles are expensive than traditional cars, e-cars are way cheaper when you consider the […]